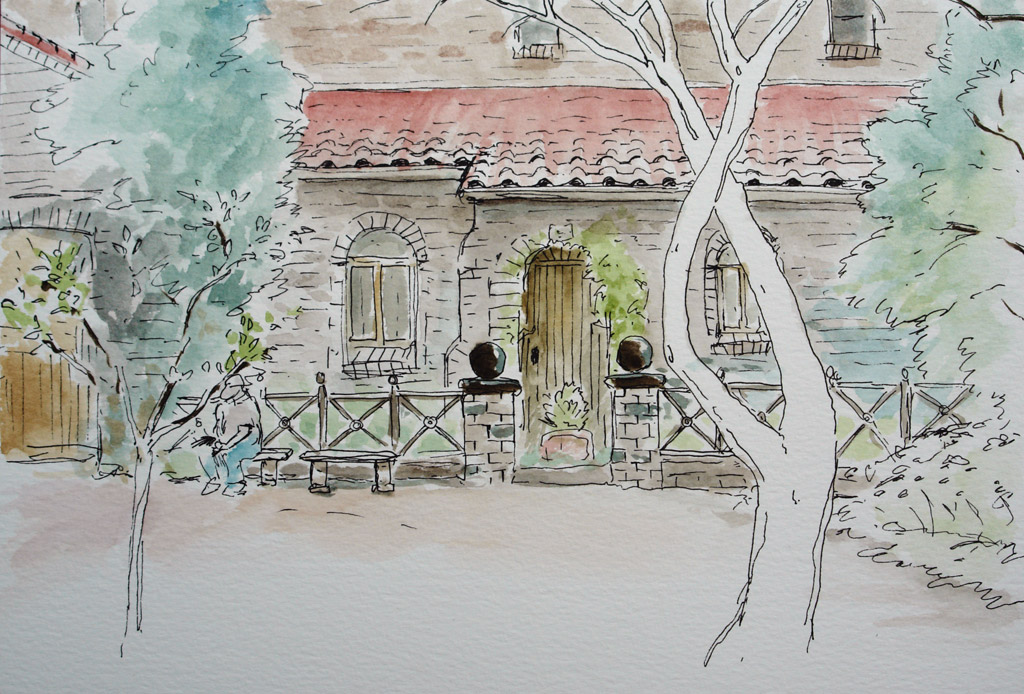 15th October 2011 was the 33rd Worldwide Sketchcrawl. We decided to explore Parkview this time beginning with a general street scene. I decided to remove all the cars parked along the street.

I then moved on to a scene of the library exit. Had running commentary from a lady selling pottery on the street next to me. She was convinced the selling point for her pottery was its strength, which she repeatedly demonstrated to unsuspecting pedestrians by actually walking on her bowl, plates …etc !

We then moved on to try capture the colour of the fruit and flower market. This time resisting the temptation to whip out the pen.

The final sketch was at the Anglican church property which was quieter and cooler so though to go for a more carefully planned drawing. We were entertained this time by choir rehearsals inside the church.