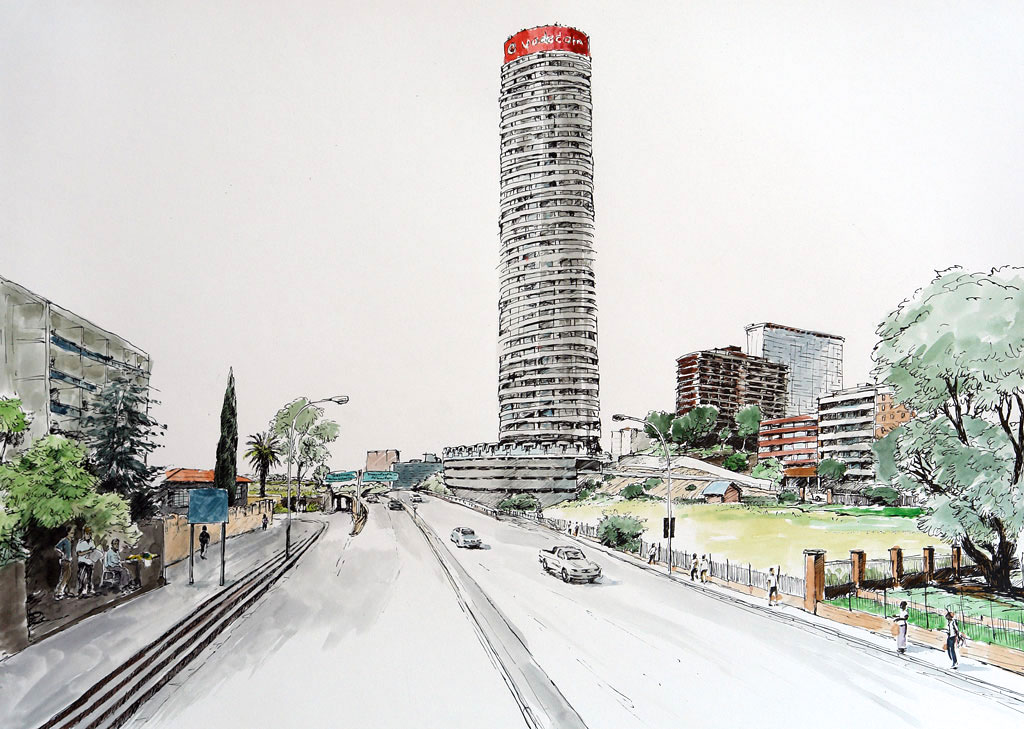 “Ponte City is a skyscraper in the Berea neighbourhood, just next to Hillbrow, Johannesburg, South Africa. It was built in 1975 to a height of 173 m (567.6 ft), making it the tallest residential skyscraper in Africa. The 55 story building is cylindrical, with an open center allowing additional light into the apartments. The center space is known as “the core” and rises above an uneven rock floor. When built, Ponte City was seen as an extremely desirable address due to its views over all of Johannesburg and its surroundings. The neon sign on top of the building is the largest sign in the southern hemisphere. It currently advertises the South African mobile phone company Vodacom.” – Wikipedia