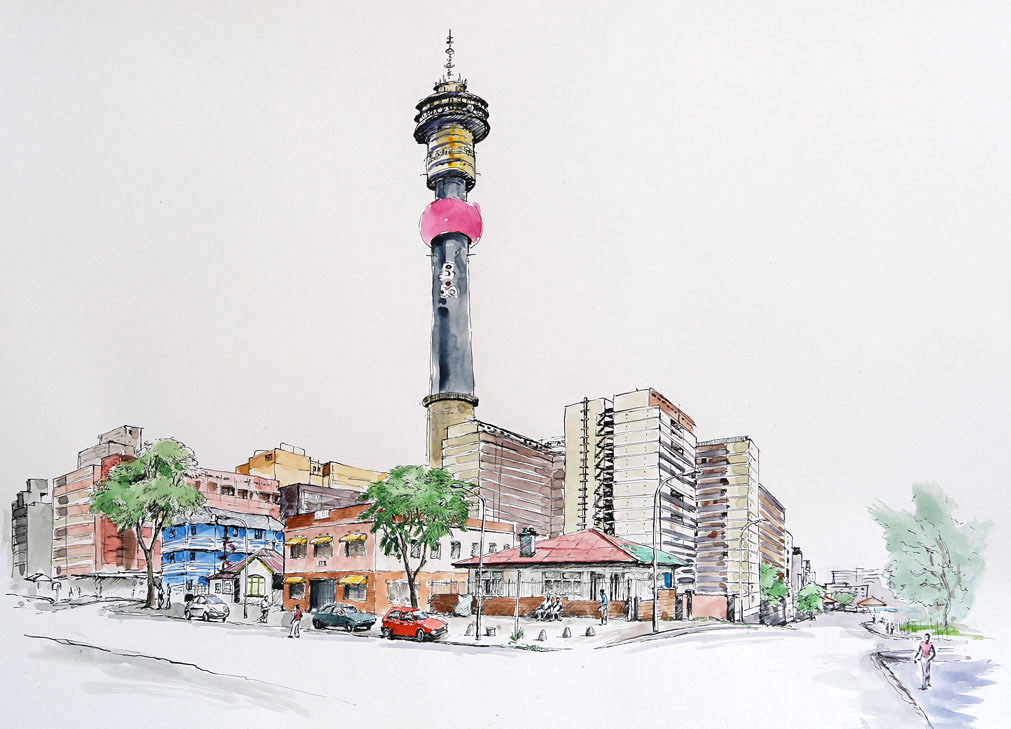 “The Hillbrow Tower (JG Strijdom tower) is a tall tower located in the suburb of Hillbrow in Johannesburg, South Africa. At 269 m (883 ft), it has been the tallest structure and tower in Africa for 40 years, and it was also the tallest structure in the Southern Hemisphere until 1978, when surpassed by the 270 m Mount Isa Chimney in Queensland, Australia. Construction of the tower began in June 1968 and was completed three years later, in April 1971. Construction cost 2 million Rand[1] (at the time, US$2.8 million). The tower was initially known as the JG Strijdom Tower, after JG Strijdom, South African Prime Minister from 1954 to 1958. On 31 May 2005 it was renamed the Telkom Jo’burg Tower” – Wikipedia